While brands like McDonald’s certainly dominate locally, regional chains also pepper Coastal Virginia. If you haven’t tried one of these delicious, unique restaurants throughout our region, it may be time to grab some lunch!

This Filipino chicken restaurant is sure to satisfy any hunger. They’re perhaps best known for their Chickenjoy fried chicken, which is marinated in a secret sauce and then hand-breaded. Other fan favorites include the uniquely sweet Jolly Spaghetti and delightfully fresh Peach Mango Pie. It’s no wonder that grand openings of new restaurants draw crowds of thousands, with some especially enthusiastic fans camping out to be the first in line. While not unique to Virginia, it’s the only location in the Old Dominion – at least for now.

One of the fastest growing burger chains in America, Shake Shack began by winning over the Central Park lunch crowd in New York City. With more than 150 locations nationwide, it’s more than just New Yorkers who have fallen for the chain’s delectable sandwiches, fries, and shakes. Take our advice and order the Double ShackBurger, cheese fries, and a Black & White Shake. We guarantee it’ll be love at first bite!

The humble Cookout is a much beloved North Carolina chain that definitely lives up to the hype. Where else can you order a four-piece chicken nugget or a corn dog as a side? The Cookout Tray has become legendary among broke college kids and bar-hoppers alike; choose from burgers and chicken sandwiches as your main, select a side (including the aforementioned chicken nugget or corn dog) and round it out with a “huge” sized tea. Don’t miss out on dessert either; the menu boasts 40+ milkshake offerings – all of which have been lovingly reviewed on one of the very best sites on the internet.

Head over to ODU’s campus for some of the most delicious fast food chicken around. Founded in Baton Rouge, Louisiana, Raising Cane’s serves up legendary chicken tenders that have outranked the likes of Popeye’s, Chick-Fil-A, and Culver’s. Don’t skimp on the Cane’s sauce, their signature – and highly addictive – blend of ketchup, mayo, Worcestershire sauce, and a few other secret ingredients. The menu is simple at first glance, but the back to basics approach really lets the chicken shine.

What are your favorite fast food chains? Did we forget any notable restaurants? What regional chains would you like to see brought to Coastal Virginia? Let us know in the comments! 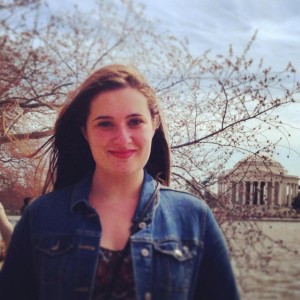 I'm Chelsea, a freelance writer and Norfolk native. While I'm currently based in North Carolina, I can never stay away from CoVA for long! I take a weekend warrior approach to my frequent visits, packing in as much beach time and restaurant hopping as I can.

Camping on the Eastern Shore